In November of 2020, the Securities and Exchange Commission (SEC) voted to amend its rules in order to harmonize, simplify, and improve the exempt offering framework that it believed had become too complex. These amendments became effective in March of 2021 and will promote capital formation, expand investment opportunities, and preserve investor protections.

The SEC amended rules that are established under the Securities Act of 1933—specifically Regulation A and Rule 504 of Regulation D. Although these changes will affect many exams, they will primarily impact the following exams:

Regulation A
Regulation A is an exempt offering provision that’s available to both U.S. and Canadian issuers and allows these companies to raise a limited amount of capital without being required to satisfy the full SEC registration process. In 2012, as a result of the JOBS Act, the offering limits were increased under what was referred to as Regulation A+. Since these changes were incorporated into Regulation A, most securities professionals still refer to the exemption as Regulation A or Reg A.

Regulation D
Regulation D is a safe harbor for exempt offerings that are commonly referred to as private placements. The SEC’s amendment applies to Rule 504 of Regulation D and now allows for a maximum offering of $10 million (increased from $5 million).

The following provisions apply to both Regulation A and Regulation D exemptions:

Listed below is a summary of both Regulation A and Regulation D along with additional information regarding the exemptions:

Sample Questions
Listed below are examples of questions which are relevant to the changes in Reg A and Reg D:

(D) Under the Regulation A exemption, the maximum size of an offering is $75 million, with no more than $22.5 million of the maximum offering being sold on behalf of existing shareholders. If the $22.5 million that’s sold on behalf of existing shareholders is in addition to the $75,000,000 new shares being offered by the company, the exemption will NOT apply.

(D) Regulation D generally prohibits an issuer (or the securities firm that’s representing the issuer) from using any form of general solicitation or advertising to promote an offering. However, under Rule 506(c), issuers and the firms that represent them may raise an unlimited amount of capital through the private placement market using general solicitation and advertising as long as all of the purchasers are accredited investors. Regulation S allows an issuer to raise capital outside the U.S. and avoid SEC registration by selling only to non-U.S. persons.

(B) Rule 504 of Regulation D allows an issuer to offer securities of up to $10 million in a 12-month period to any investor (accredited and non-accredited). Provided the issuer complies with all of the provisions of Regulation D, this private placement is exempt from SEC registration. However, the issuer is still required to file Form D with the SEC by no later than 15 days after the first sale of securities. Under Regulation D Rule 504, the offering cannot exceed $10,000,000. All offerings, regardless of whether they’re exempt, are subject to the antifraud provisions of federal securities regulations. 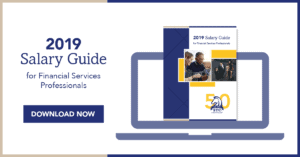 Good Afternoon Dave, I took your class this week and let me again say thank you. It was very clear to me how much you love your job and that you truly care about all of us passing, which I’m not sure I can say about some of the other testing companies I’ve previously used. Again, thank you for your hard work this week and I look forward to speaking to you soon to tell you I passed. I promise you will be third on my list of people to tell when I pass, just behind my girlfriend and dad, I’ll even do it before my manager!